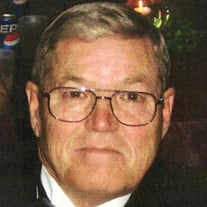 Alvin “Ken” Barber, 79, of Peoria Heights, passed away on Sunday, April 10, 2022, at his home, surrounded by loved ones. He was born on February 23, 1943, in Peoria, to Thomas and Carolina (Lingenfelter) Barber. He married Dana K. Stout on December 20, 1964, in Peoria; she preceded him in death on December 1, 2015. He is survived by his three children, Ken (Michelle) Barber of Peoria, Tara Barber (Tom Zeglen) of Canton, and Brent (Amy) Barber of Lexington; his sister, Sandra (Manual) Manias of Peoria; 11 grandchildren, Cassidy, Erika, Chase, Caleb, Kennedey, Carolina, Lane, Zach, Braeden, Brycen, and Brody; and 5 great grandchildren, Gabriel, Skylar, Bentley, Camren and Cameryn. After high school, Ken joined the Marine Corps, serving in Vietnam. He then worked for Illinois Bell, which became AT&T, retiring after 38 years. Ken was a loving father and loved nothing more than being a grandfather. He enjoyed fishing and was a diehard Cardinal fan. Cremation rites have been accorded. Gary Deiters Funeral Home & Cremation Services in East Peoria is assisting the family. Inurnment will be at Swan Lake Memorial Gardens in Peoria. There will be a Celebration of Life from 12:00 – 4:00 p.m. on Saturday, April 16, 2022, at the VFW Peoria Heights #2602. In lieu of flowers, memorial contributions can be made to the American Cancer Society. Online condolences may be left at www.GaryDeitersFH.com.

The family of Alvin "Ken" Barber created this Life Tributes page to make it easy to share your memories.

Send flowers to the Barber family.