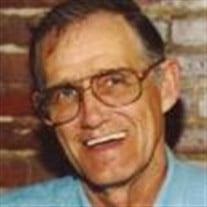 Charles Richard Meyer was born on January 23, 1943 in Sparta, Wisconsin to Arlin and Vera (Christopherson) Meyer. He grew up in Sparta and lived there until he became an adult. He served in the Navy for 4 years where he learned to weld, he was a pipefitter and enjoyed his travel opportunities. In his working years at Amoco Pipeline, he was head pipeliner, welder, heavy equipment operator and part of the Pipe Fitter's Union. He also owned the Tastee Freeze in Elmwood, IL and a member of the Loyal Order of the Moose in Farmington, IL for several years. Throughout his life he travelled to various islands. In 2005 he became a citizen in of the Dominican Republic where he enjoyed breakfast and coffee daily on the beach. He was a Green Bay Packer fan plus enjoyed snowmobiling, water skiing, stock cars and deer hunting. He is survived by his brother, Robert A. (Jane) Meyer of Waukesha, WI, his children, Patti (Steve) Geiler of Hanna City, IL, Jerry Meyer of Chicago, IL, Michele Whitmer (Mike Lauer) of Farmington, IL, Brad (Christa) Meyer of Chippewa Falls, WI and Jon (Deborah) Meyer of Dancyville, TN, 10 grandchildren and 3 great grandchildren. Charles passed away among family on March 12, 2018 in the comfort of home in Hanna City at the age of 75 years. He was preceded in death by his parents, Arlin and Vera Meyer. A Funeral Service will be held at 2 p.m. on Saturday, March 17, at the United Methodist Church, Sparta, with Reverend Rey Diaz officiating. Burial with full military honors provided by VFW Post 2112 will follow in Farmers Valley Cemetery, Rural Sparta. Family and friends are invited to call at the United Methodist Church on Saturday, from 1 p.m. until the time of services. Online condolences may be offered to the Meyer family at www.schanhoferfh.com. In lieu of flowers, donations may be made to PAWS - Peoria Area Welfare Shelter located in Peoria, IL in the honor of Charles Meyer and his dog, Coty. The Lanham-Schanhofer Funeral Home, Sparta, is assisting the family with funeral arrangements.

Charles Richard Meyer was born on January 23, 1943 in Sparta, Wisconsin to Arlin and Vera (Christopherson) Meyer. He grew up in Sparta and lived there until he became an adult. He served in the Navy for 4 years where he learned to weld, he... View Obituary & Service Information

The family of Mr. Charles R. Meyer created this Life Tributes page to make it easy to share your memories.

Send flowers to the Meyer family.