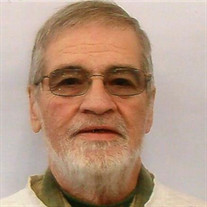 Gordon Poquette, 77, of East Peoria died at 8:43 PM on May 13, 2019 at home surrounded by his family, after a courageous battle with kidney cancer. The family was able to enjoy 4 bonus years with him thanks to his wonderful medical team, his positive attitude, love of his family, friends and his faith, along with the use of medical cannabis and RSO Oil, which had a profound impact on his cancer and quality of life. He was born on February 4, 1942 in Appleton, WI to Dave and Myrtle (Tanguay) Poquette. He married Bonnie Beucher on November 30, 1963 in Green Bay, WI. She survives. Also surviving are 3 children Yvette (Todd) Goforth of East Peoria, Brett Poquette of Wausau, WI and Todd Poquette of Green Bay, WI; and 4 grandchildren Wes, Brie and Ben Goforth and Jill (Nick) Goett. He was preceded in death by his parents. Gordon earned his BS in Biology from St. Norberts and his Masters in public health from University of Michigan. He worked at the Racine City Health Dept. as an environmental health inspector, then worked as the director for the Fulton County Health Department. In 1971 he became the first director of the Tazewell County Health Department and retired in 2005; the Gordon Poquette Leadership Award was established in 2017 to honor his years of great leadership. He was a lifelong Green Bay Packers fan, loved fishing, RVing, driving his Nissan Z’s and spending time with his grandchildren. The family will receive friends and asks that you wear Packer gear, Packer colors or casual attire and join them for Gordy’s “Tini Time” from 4-6 PM on Friday, May 17, at Gary Deiters Funeral Home & Cremation Services, 444 E. Washington St., East Peoria. Funeral Mass will be at 10 AM on Saturday, May 18 at St. Monica’s Catholic Church in East Peoria, with a visitation an hour prior. Burial will follow at Fondulac Cemetery. In lieu of flowers, memorials may be made to Peoria Cancer Center or Compassus Hospice.

Gordon Poquette, 77, of East Peoria died at 8:43 PM on May 13, 2019 at home surrounded by his family, after a courageous battle with kidney cancer. The family was able to enjoy 4 bonus years with him thanks to his wonderful medical team, his... View Obituary & Service Information

The family of Mr. Gordon Poquette created this Life Tributes page to make it easy to share your memories.

Send flowers to the Poquette family.