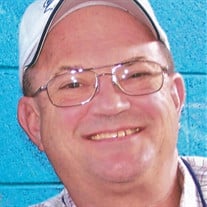 On Tuesday, November 6, Henry Pratt of Washington, IL, died peacefully at the OSF Richard L Owens Hospice Home in Peoria, IL. He was born August 15, 1948, to Henry R Pratt, Sr and Evelyn M. (O’Brien) Pratt at St. Francis Hospital in Peoria, IL. Henry is survived by his wife, Linda (Elliott) Pratt, son James (Rosemary) Pratt, daughter Maureen (Greg) Osborn, daughter Christine (Michael) Staub, daughter Melissa (Kenneth) Wheeler, and eight grandchildren (Elizabeth, Clara and Ian Osborn, Abigail, August and Luke Staub, and William and Joan Wheeler), one brother John (Donna) Pratt. He was preceded in death by one brother Lester. He attended elementary school at St. Mark’s in Peoria (Class of 1963), high school at Spalding Institute (Class of 1967), and college at the University of Illinois Springfield (Class of 1973). Between high school and college, he joined the United States Navy and served for three years in Vietnam on the USS Windham County LST-1170. Henry married his high school sweetheart, Linda Sue Elliott on June 9, 1973, in Peoria, IL, which he fondly remembers as the best day of her life. Together they created a legacy of life, love and faith within their family. Never doubting his love, their children chose fine partners through the example established between their parents. His children honor their 45-year marriage by continuing their legacy through their marriages and children. Papa Henry is legendarily known for his belly laughs, fish kisses, and cookies for breakfast. Henry returned to the United States Navy as a Second-Class Machinist Mate in the early 1990’s and retired as a First Class Machinist Mate with Gold in 2010. Shortly after September 11, 2001, he was called to active duty for Operation Noble Eagle and Operation Enduring Freedom. A son of a World War II Veteran and a Veteran of six separate campaigns himself, Henry loved his country and the freedoms his brothers and sisters in arms fought for. In addition to his successful career serving our country, Henry worked at Caterpillar, Inc for 38 years, retiring as an experimental mechanic from the Peoria Proving Grounds. Additional activities Henry enjoyed were the Peoria Jaycees, Assistant Scout Master of Troop 225, being a member of the American Legion Post No. 2, Washington Knights of Columbus (3rd & 4th Degree, former Grand Knight), Cursillo and CEW, lecturing and singing in the choir at this church, trout fishing in Lake Michigan as well as the Arkansas River, shooting sports, sitting around campfires under the stars drinking coffee, road trips and spending time with his family. When learning of his cancer diagnosis, he decided to be joyful about having a full life, rather than sad about having to die. Celebrations to honor his life will be held at Gary Deiters Funeral Home 444 E. Washington St., East Peoria, IL, on Sunday, November 11th, from 2-5 pm. Funeral mass will be said at St. Patrick Catholic Church in Washington, IL, on Monday, November 12th, at 10am. Burial will follow at Glendale Cemetery in Washington. Military rites will be accorded. In leu of flowers, donations may be made to the organizations near to Henry’s heart: Building Hope in Kids - Uganda or the OSF Richard L Owens Hospice Home.

The family of Mr. Henry R. Pratt Jr. created this Life Tributes page to make it easy to share your memories.