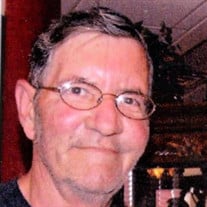 Jerry W. Oary, Sr., passed away on Tuesday, August 17, 2021, at OSF St. Francis Medical Center in Peoria. He was born on December 26, 1944, to Clifford and Helen (Lamb) Oary in Decatur, IL. He married Elaine Carol Lewis on June 19, 1963, in Hillsboro, IL; she preceded him in death on March 19, 2018. He is survived by his five children, Jerry, Jr. (Linda) Oary of Minier, IL, Earl Oary of Everett, WA, Michael Oary of Washington, IL, Angelia (Jon) Bastian of Hopedale, IL, and Denise (Cruz) Nunez of Holland, MI; his sister, Mary Ann Peoples of Fredrickstown, MO; seven grandchildren; and 5 great grandchildren. He was preceded in death by his parents and 2 brothers, Ralph and Fred Oary. Jerry was self-employed. He enjoyed shooting pool, fishing, and hunting. Cremation rites have been accorded. Gary Deiters Funeral Home & Cremation Services in East Peoria is assisting the family. There will be no services. Online condolences may be left at www.GaryDeitersFH.com.

The family of Jerry W. Oary Sr. created this Life Tributes page to make it easy to share your memories.

Send flowers to the Oary family.