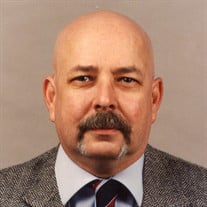 Louis “Lou” A. Rolofson, age 78 of Creve Coeur, passed away at Generations at Riverview in East Peoria on Saturday, November 21, 2020 at 7:40 PM. He was born to George and Florence (Ewert) Rolofson on July 15, 1942 in Bloomington. He married Faye Clemons on January 2, 1989 in East Peoria. Lou is survived by his beloved wife Faye of Creve Coeur who he loved and cherished for over 40 years; children, Tammy (Mark) Vogel of Mattoon, PJ (Leigh Tabor) Kannenberg of East Peoria, Dustin (Deb) Rolofson of Lafayette, IN, and Brandi (Pat) Hogan of East Peoria; eight grandchildren, Michelle Lynn, Stephine Nicole, Logan Nash, Jacque Marie, Zack Chase, Hailee Nicole, Conner James, and Devin Louis (who was named after his poppie); three great-grandchildren, Dakota, Maci, and a new little one to join us in July of 2021; along with his extended family, church family, his co-workers and friends he met along the way. He loved his children, grandchildren, and great-grandchildren with all his heart and hated that the distance and health kept him from being able to travel to be with them more. He was preceded in death by his parents; daughter, Michelle “Mic” Anderson; brother Robert; and sister Erma. Lou worked as a meat cutter at Kroger for 30 years, retiring in 2007. He loved telling jokes, doing word searches, crossword puzzles, and watching the Game Show Network, with Wheel of Fortune being his favorite. When he watched Guy’s Grocery Games and Chopped on the Food Network, he was always amazed at what the contestants could produce with the strange ingredients they were given. He was a member of Lord’s Table Church of God. He regularly performed caretaking duties early in the mornings, which he looked forward to. The family would like to pass on a message from God: Keep praying. Just because Lou was not healed does not mean that prayers do not work, they just kept him from suffering any longer, gave him peace, and brought him home to be with the Lord. The enemy did not win this. God always has the last word. Love to you all. A private family viewing was held, cremation rites have been accorded, and there will be no public service held at this time. Gary Deiters Funeral Home & Cremation Services is assisting the family with arrangements. Memorials may be made to Lord’s Table Church of God. Condolences may be left at www.GaryDeitersFuneralHome.com.

The family of Louis "Lou" A. Rolofson created this Life Tributes page to make it easy to share your memories.

Send flowers to the Rolofson family.