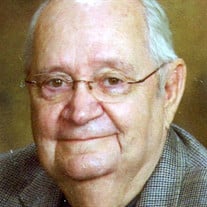 Neal Richard “Speed” Brasel, 80, of East Peoria, IL, passed away at his home on Sunday, January 7, 2018. He was born October 1, 1937 in Alma, IL, the son of Burdette G. and Alberta Faye (McClain) Brasel. He was raised in the Kinmundy and Salem, IL area. He married Wanda L. Garrett on December 7, 1955 in Corinth, MS. She preceded him in death on January 21, 2004. He married Beverly A. (Feather) Hawkey on August 18, 2007 in Kinmundy, IL. She survives in East Peoria. He is also survived by two sons, Steven M. (Valerie) of Ogden, UT and Richard L. (Natasha) of Waterford, VA; two daughters, Julie R. (Lane) Hendricks of Carrier Mills, IL and Kelly A. (Paul) Spaulding of Newburgh, IN; two step-daughters Mary Loeffler of Tucson, AZ and Lisa Stegmaier of Brimfield, IL; one step-son Chuck Hawkey of Baltimore, MD; fourteen grandchildren: Kira, Sean, Patrick, Kaitlin, Clint, Breanna, Sarah, Julie, Audrey, Samantha, Jacob, Michael, Hannah and Paige; eight step-grandchildren; four great-grandchildren; 15 step great-grandchildren; two sisters Donna Roddy of Salem, IL and Betty Miller of Brownstown, IL; and many nieces, nephews, cousins, family and friends. He was preceded in death by his parents; three brothers Dale, Benny and Harry; one sister Jane Ditton; and one grandson John Michael Brasel. Speed graduated from Kinmundy-Alma High School in 1954. He joined the US Navy the same year and served until 1959. He then joined the US Coast Guard in 1962 and served as a radioman until his retirement as a Chief Petty Officer in 1979. He went to work for the Department of Veteran’s Affairs until his second retirement in 2000. He was a member of Oak Grove Bible Church in East Peoria, IL. Speed loved the military and the travels it brought to him and his family over the years. He was able to see much of the world before the age of twenty, and loved every minute of it. He also enjoyed genealogy, fishing, coin collecting and spending time with family and friends. He was a devoted fan of the St. Louis Cardinals and the Miami Dolphins and loved attending Cardinals spring training camps with his two sons. He will be fondly remembered for his sense of humor and story-telling abilities, both real and fiction. Visitation will be Thursday, January 11 from 4-6 PM at Gary Deiters Funeral Home & Cremation Services, Inc., 444 E. Washington St., East Peoria, IL. Service will be Saturday, January 13 at 11 AM, with a visitation an hour prior at Rogers-Atkins Funeral Home, 403 S. Broadway, Salem, IL. Burial will follow at Sandy Branch Cemetery in Kinmundy, IL. Pastor Alan Rhein will officiate. Memorials may be made to Wounded Warrior Project and St. Jude.

The family of Mr. Neal Richard "Speed" Brasel created this Life Tributes page to make it easy to share your memories.

Send flowers to the Brasel family.