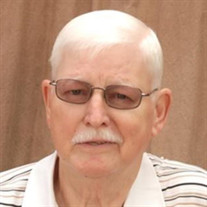 Ronald E. Adams, 75, of Pekin, passed away on Monday, April 4, 2022, at OSF Richard L. Owens Hospice Home in Peoria. He was born in Peoria on August 30, 1946, to Charles and Ellie (Peyton) Adams. He married Frances Logsdon on December 17, 1983, in Chillicothe; she survives. Also surviving are his 7 children, Wendy Kelly of Pekin, Thomas (Toni) Rodts of Pekin, Jennifer (David) Kesselmayer of Pekin, Jill (Kevin) Jennings of Plainfield, Rhonda (Charles) Whittman of Pekin, Paul (James) Gallagher of Chicago, and Katy (Shane) Young of Glasford; his siblings, Harriett Moore of Joliet, Phyllis Sutton of Chesterton, IN, Charles Adams of Keller,TX, Jeanette (David) Wiley of Chillicothe, Albert (Anita) Adams of Chillicothe, and Rick Adams of Chillicothe; 22 grandchildren; and 24 great-grandchildren. He was preceded in death by his parents and his brother, David Adams. Ronald worked for Caterpillar from 1964-1996, retiring as an inspector. He was also a volunteer fireman for the City of Chillicothe. He enjoyed woodworking and especially loved making birdhouses and other projects with his grandkids. Cremation rites have been accorded. Services will be private. Gary Deiters Funeral Home & Cremation Services in East Peoria is assisting the family. Memorials may be made to OSF Richard L. Owens Hospice Home or Illinois Cancer Center. Online condolences may be left at www.GaryDeitersFH.com.

The family of Ronald E. Adams created this Life Tributes page to make it easy to share your memories.

Send flowers to the Adams family.