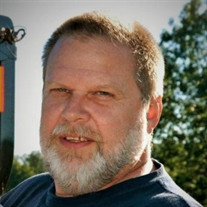 Scott Sweeney, 65, of Marquette Heights, passed away on Friday, November 5, 2021, at his home. He was born in Peoria on July 25, 1956, to Jack and Bonnie (Powell) Sweeney. He married Cathryn Lax on May 7, 1977, in Mossville; she survives. Also surviving are his two daughters, Cortni (Michael Broadhurst) Sweeney of Atlanta, GA and Brittnie (James) Mason of Peoria Heights; his sister, Linda (Mike) O’Shea of Goodfield; and his 5 grandchildren, Jackson Streck, Logan Broadhurst, and Taylor, Landon, & Lincoln Mason. He was preceded in death by his parents and his brother Jack. Scott graduated from IVC High School in 1974 and worked as a stationary engineer for 43 years before retiring from Evonik in Mapleton in 2017. In retirement, he loved working on projects. He could build anything anyone needed and was always willing to help anyone whether it be neighbors, friends, or especially, his daughters. Scott was a huge gun enthusiast. He enjoyed weekly target shooting with his best friend Don at Darnall’s Gun Works & Ranges in Bloomington. He was also an avid fan of NHRA drag racing. Cremation rites have been accorded. The family will receive friends from 1:00-3:00 PM on Saturday, November 13, 2021, at Gary Deiters Funeral Home in East Peoria, with a Time of Remembrance following at 3:00 PM. Memorials may be made to St. Jude Children’s Research Hospital. Online condolences may be left at www.GaryDeitersFH.com.

The family of Scott Sweeney created this Life Tributes page to make it easy to share your memories.

Scott Sweeney, 65, of Marquette Heights, passed away on Friday,...

Send flowers to the Sweeney family.