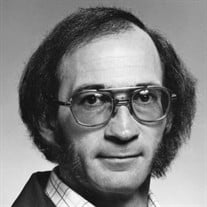 Steven L. Dalton, 70, of East Peoria, passed away on Thursday, September 30, 2021, at UnityPoint Methodist Hospital in Peoria. He was born in Carthage, MO on February 11, 1951, to Dewey and Laura (Dininger) Dalton. He married Sherry Caldwell on November 29, 1985, in East Peoria, and the very next day, ran the first Folepi Parade. He continued to direct the Festival of Lights for over 25 years. He is survived by his daughter, Crystal (Branden) Gore of East Peoria; his son, Steven G. Dalton of Marquette Heights; his sister, Kathy Dalton Selvey of Carthage, MO; his stepson, Daniel Warner of Rome; his stepdaughter, Jennifer Brown of East Peoria; 8 grandchildren; and his beloved chihuahua, Daisy. He was preceded in death by his parents; his wife, Sherry; and his brother, Gregory. Steven rode quarter horses competitively and was a member of the Saddle Club in Carthage, MO. He graduated from Lamar High School in 1969, where he was a track star and played football. He received his degree in Wastewater Management from Crowder College. After graduating, he became the foreman for the City of East Peoria Wastewater Treatment Plant for over 35 years. Steven enjoyed restoring cars, including many Cameros, and attending car shows. Visitation will be held from 5:00-7:00 PM on Tuesday, October 5, 2021, at Gary Deiters Funeral Home & Cremation Services in East Peoria. A memorial service will be on Wednesday, October 6, 2021, at the funeral home. Private inurnment will be at Chillicothe Cemetery. Memorials may be made to Illinois Cancer Care in Peoria. Online condolences may be left at www.GaryDeitersFH.com.

Steven L. Dalton, 70, of East Peoria, passed away on Thursday, September 30, 2021, at UnityPoint Methodist Hospital in Peoria. He was born in Carthage, MO on February 11, 1951, to Dewey and Laura (Dininger) Dalton. He married Sherry Caldwell... View Obituary & Service Information

The family of Steven L. Dalton created this Life Tributes page to make it easy to share your memories.

Send flowers to the Dalton family.