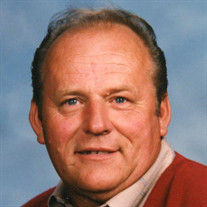 Walter G. Krummel, 85, passed away on Saturday, February 5, 2022, at OSF St. Francis Medical Center in Peoria. He was born in Peoria on July 21, 1936, to Walter E. and Ellen (Mahoney) Krummel. He married Carol McKee in Peoria on January 11, 1964; she survives. Also surviving are his children, Michael Krummel of Hermitage, TN and Mark (Stacie) Krummel of Roswell, GA; his sister Patricia Bushman of Peoria; four grandchildren, Madalyn and Michaela of Murfreesboro, TN; Sienna and Reid of Roswell, GA; his niece, Kimberly Bushman of Washington, IL; and several other nieces and nephews. He was preceded in death by his parents; one sister, Carolyn Uphoff; and one brother, John Krummel. Walter graduated from Manual High School in 1954, then served in the Army from 1959-1961 and Army Reserves from 1961-1965. He worked for the Illinois State Police and then, in 1964 became a police officer for the City of Peoria. Walt was recognized for his bravery, professionalism, and ability. He received the 1979 American Legion Meritorious Service Award for his work during the Great Plains Gas Co. explosion and the 1982 Peoria Police Life Saving Award as well as delivering two babies that couldn’t make it to the hospital. He retired in 1986, but had remained an active member of the Peoria Police Benevolent Association. Walter was very handy and could build or fix anything. He was an avid antique car enthusiast, building and owning 29 vehicles ranging in years from 1930-1980. He and his family enjoyed antique car shows and flea markets. He was a member of the Early Ford V8 Club, serving as local president for 13 years. He loved watching and attending both Nascar car and truck series races with his wife. There will be a funeral mass at 11:00 am on Saturday, February 12, 2022, at St. Ann’s Catholic Church in Peoria. The family will receive friends at the church, for an hour prior to the service, at 10:00 am. Fr. Jeremy Freehill will officiate. Burial will follow at Lutheran Cemetery in Peoria. Gary Deiters Funeral Home & Cremation Services of East Peoria is assisting the family. Memorial contributions may be made to St. Ann’s Catholic Church in Peoria, where Walter and Carol were members. Online condolences may be left at www.GaryDeitersFH.com.

Walter G. Krummel, 85, passed away on Saturday, February 5, 2022, at OSF St. Francis Medical Center in Peoria. He was born in Peoria on July 21, 1936, to Walter E. and Ellen (Mahoney) Krummel. He married Carol McKee in Peoria on January 11,... View Obituary & Service Information

The family of Walter G. Krummel created this Life Tributes page to make it easy to share your memories.

Send flowers to the Krummel family.